Artifact of the Week 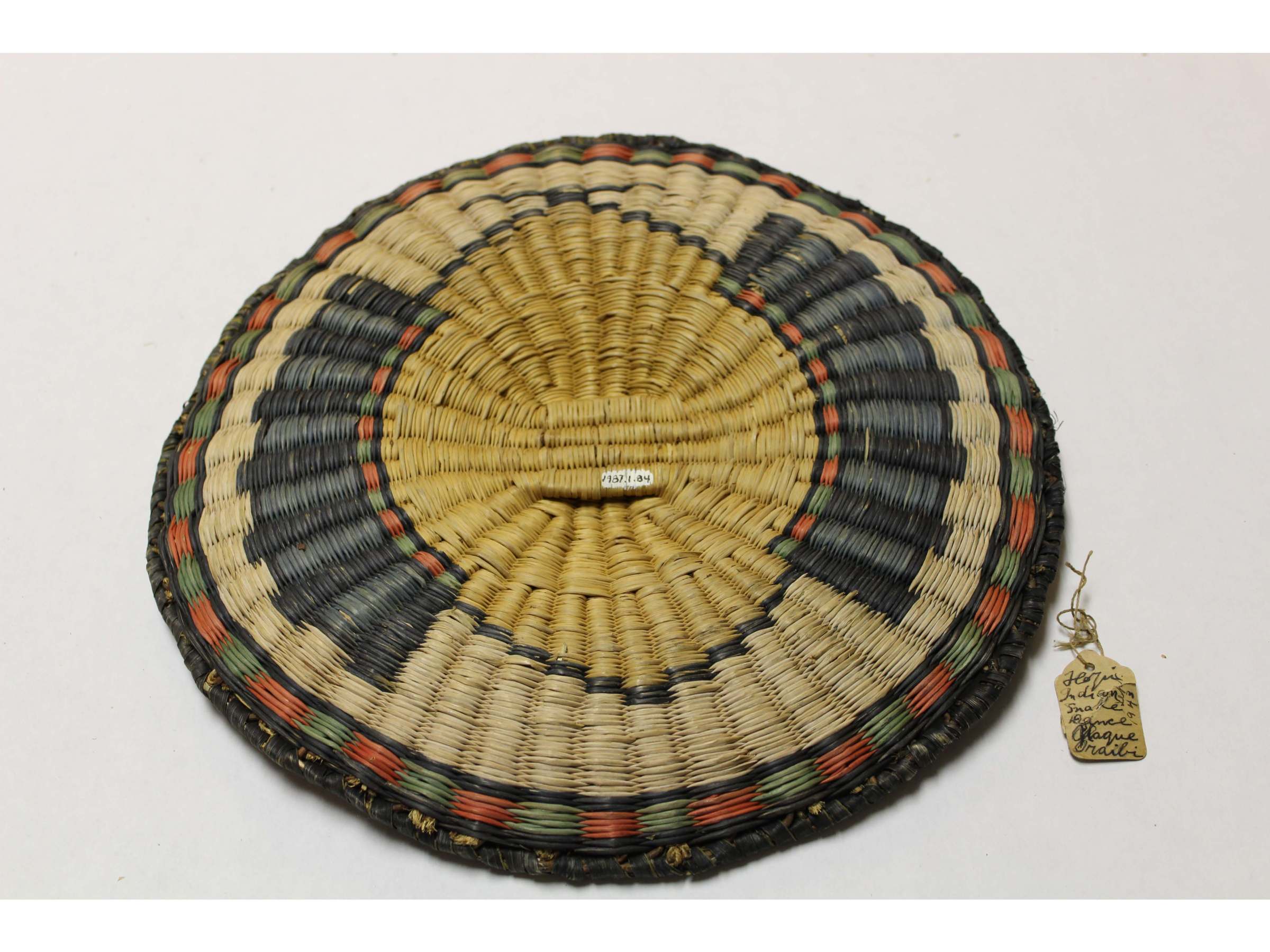 The Hopi are a sovereign nation in Northeastern Arizona and have lived in the same area for thousands of years (and hold the record for the longest authenticated history of occupation in an area of the United States). The Snake Dance is an bi-annual religious ceremony that is celebrated in August or early September for sixteen days.  It is thought that the dance originated as a water ceremony, as snakes were the guardians of springs. In modern times, it has become a ceremony for the snakes to carry the prayers for rain to the underworld and ancestors.

This traditional basket hanging was identified on its tag as a Snake Dance artifact, while we are not sure that is correct, it is most definitely Hopi and depicts the traditional iconography of a butterfly and could possibly be attributed to the Butterfly Clan dance, which is a two day ceremony for young people celebrated during the late summer or early fall.

← Artifact of the Week
You’re Invited! →

This site uses Akismet to reduce spam. Learn how your comment data is processed.